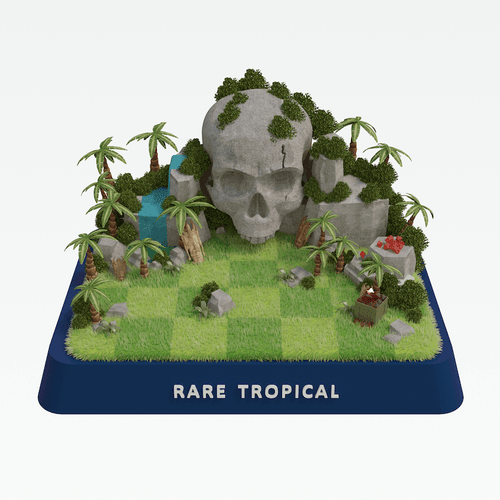 Land for sale in Mavia Land

Land is the most valuable NFT asset type inside of the Mavia ecosystem. Land is required in order to build a base, train an army and attack rival bases in order to earn Gold, Oil and RUBY. Your Land NFT can be used to play the game, but can also be used to form a partnership with another player, or can simply be rented out to others for passive RUBY income via the Mavia marketplace. All land types behave the same in the game, and there is no offensive or defensive advantage to having higher rarity base. Rare Land is the second rarest land type in the game, making up just 20% of the Mavia island. Rare Land has a more luxorious design than Common land, and also has better geographic placement closer to landmarks within the Mavia island. Additionally, Rare Land has an increased luck factor for drops after removing base obstacles.

Heroes of Mavia is a play-to-earn MMO Strategy game developed by Skrice Studios. The game takes place in a fantasy-themed island called Mavia, where players build bases on plots of land and battle neighboring bases and armies to earn in-game resources, such as Mavia’s P2E cryptocurrency RUBY. Players must strategically place defensive buildings on their base such as walls, turrets and traps, in order to defend against opportunistic attackers looking to steal resources. Resources can also be stolen from rival bases through attacking opponents with land troops, vehicle and air units. RUBY is earned through battling enemy armies, and can be used to upgrade Land, Statue and Hero NFTs.