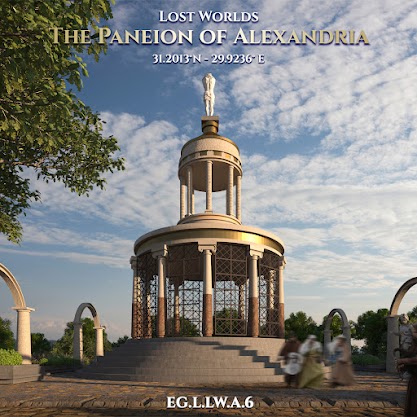 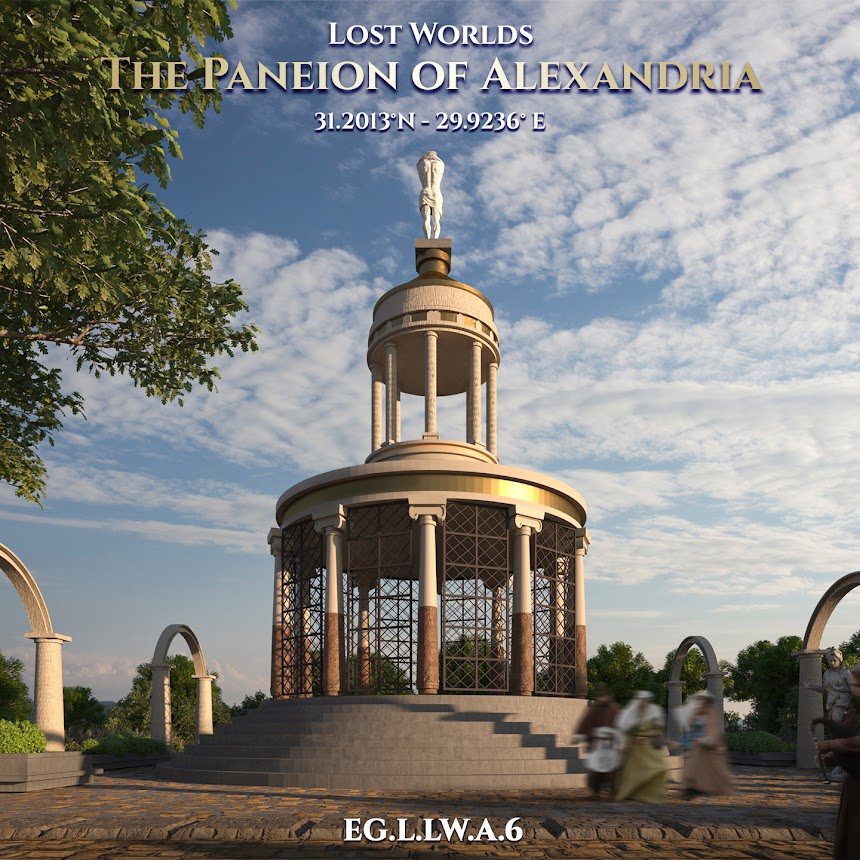 The Paneion was a temple complex in Alexandria, Egypt, dedicated to the god Pan. Pan was most of the time represented as a half-goat half-man creature and venerated as the protector of the sheperds. The Paneion was located on top of an artificial hill near the Library of Alexandria, emulating a mountain on which the mountain god could siege. The complex included a temple and a theater. The theater was used for plays and other entertainments and could seat up to 4,000 people. The temple housed a statue of Pan and was often the theatre of music and dance performances, featuring the Pan flute, the god’s namesake instrument.