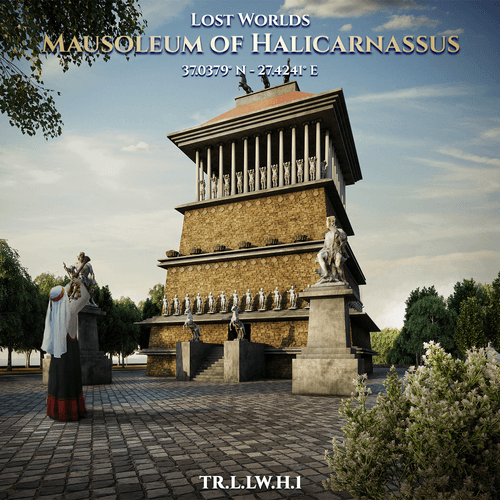 Considered one of the Seven Wonders of the Ancient World, the Mausoleum of Halicarnassus was a tomb built for King Mausolus of Caria and his queen Artemisia II. The Greek architects Satyros and Pythius designed the structure, and the temple was completed in 350 BC. Recognized for centuries as the symbol of Halicarnassus, the Mausoleum was destroyed by multiple earthquakes between the 12th and 15th centuries. Some of its stones were also used to reinforce the ramparts of Bodrum Castle, the principal place of defense of the Knights of St John of Jerusalem. In 1852, Charles Tomas Newton, an archaeologist, was sent to Bodrum, Turkey, to find remains of the tomb. Thanks to his methodical research, he discovered essential elements such as the statues of Mausolus and Artemisia II.