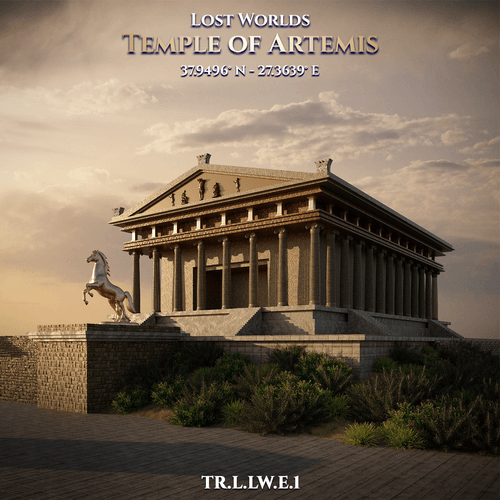 Rebuilt two times in the past, the Temple of Artemis is included in Antipater of Sidon’s list of the Seven Wonders of the Ancient World. Located in the ancient city of Ephesus, Turkey, it was a shrine to the goddess Artemis. The temple was first rebuilt in 550 BC following a flood. It had become an important attraction, attracting merchants, tourists, and kings who paid homage to Artemis by donating their jewels and precious goods. In 356 BC, the entire monument was destroyed by fire caused by a man named Herostratus. Built in 323 BC, its final form is considered the largest and most impressive of the three. Dominating the region for nearly 600 years, the Goths destroyed or damaged the building in 268 AD, partially repaired, and then definitively closed by the Christians in the 5th century.