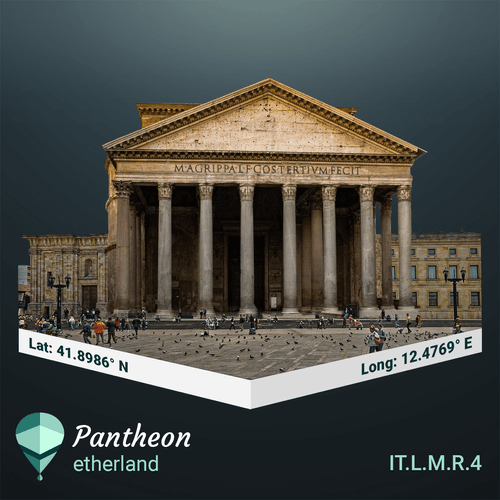 Constructed between 113-126 A.D., the Pantheon is an ancient Roman temple located in Rome, Italy. It has the world’s largest unreinforced concrete dome and is the last standing, almost intact piece of Roman architecture made of the long-lost Roman concrete. It is the oldest and one of the most famous buildings in Italy; also one of the oldest in-use buildings.